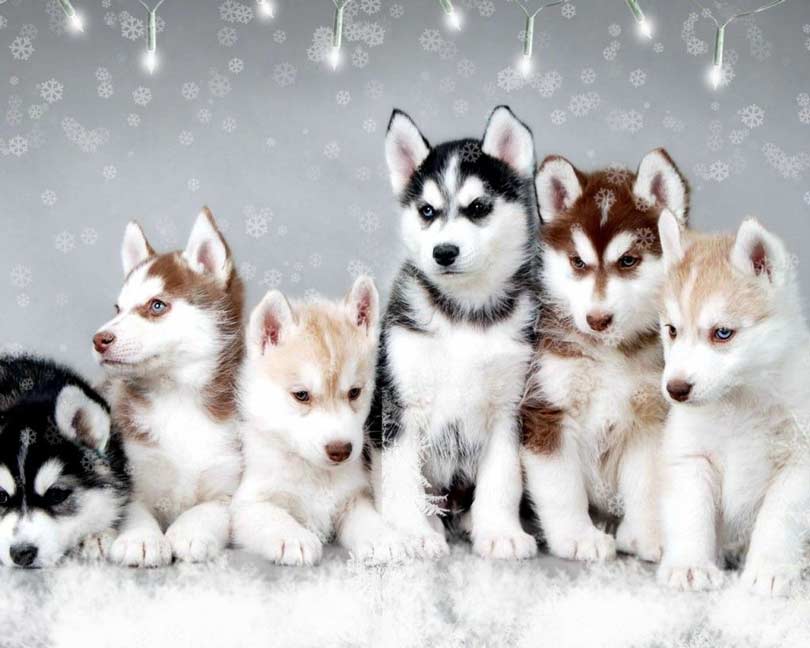 The Pomeranian Husky, or Pomsky if you like to call it that, is actually a very lovable current dog breed that is getting people super excited to own. With its natural good looks which are indeed linked with Huskies, dog lovers are seriously interested in knowing lots more about them.

Adorable, frivolous, Cute, silly, and suitable for the domesticated life, Pomsky puppies crave being the center of attention at every given opportunity. Who doesn’t?

With their fascinating and fun-loving shenanigans, they surely gain the intense love they crave for. Every dog’s dream right?

Being a fancy hybrid breed between Siberian Husky and Pomeranian parents did not halt them from gaining prominence in the hearts of dog lovers. Sadly, people who are in haste to purchase Pomsky puppies from their breeders end up being devastated, and this is why.

It is largely as a result of the need of the puppies. Most individuals end up dropping the dogs at shelters or rescue groups in some cases.

However, the major question is “Are you ready to own a Pomsky puppy?” If your answer is a screaming “yes” then keep scrolling as we unveil some important things to note down before purchasing your very own adorable fluffy little Pomsky puppy.

1. They Come In Different Varieties

It might fascinate you to know that Pomsky puppies are of different varieties:

Its features are majorly from the Siberian Husky while its small stature is that of the Pomeranian. These are the adorable little cuties splashed all across the internet.

This 25/75 is a cross breed between a 50/50 Pomsky and a completely pure Pomeranian. What this means is that its Husky percentage is 25 and Pomeranian is 75. They are typically smaller in size than the 50/50 breed. Though they have more Pomeranian features.

See Also  6 Things To Know Before Getting A Siberian Husky

They are quite smaller than the Siberian Husky female, and its appearance is just like them. It is not a common breed. It is bred by breeders for the sole aim of breeding in the future. These are the rare gems in the Pomsky World.

We all admire these angelic dogs when we come across their pictures on the internet and barely have an idea of what owning one could actually feel like. But, let’s have a rundown of the peculiarities these Pomsky puppies.

3. Nurturing A Pomsky Is Not A Day’s Job

While caring for these dogs, there are some important areas that shouldn’t be overlooked.

In grooming Pomsky Puppies, their hairs are not just long but also silky. Hence, this requires lots of brushing especially in their shedding period. Asides shedding, its coat demands a combing period of maybe three to five times per week.

Also, Pomsky puppies require a walk of twenty minutes in the morning and a much longer duration in the afternoon. Even more, Pomsky puppies act like humans when it comes to feeding as they need to be fed normal but healthy food in balanced quantities. They actually do not make use of any special need.

4. They Are Friendly And Energetic

When it comes down to the interaction between kids, and other pets, Pomsky puppies might seem different. Some breeders claim they are the flawless dogs for the whole family while the remaining few suggests that Pomsky puppies are for either lonely people or families with teenagers already. However, they can blend with other dogs if introduced to each other at a young age.

Are you energetic? If no, then you will bore the poor little dog and if yes then they are safe. They enjoy active play with their owners

5. Quite Small In Size

They are roughly 25-28cm tall but can get to about 20-30lbs. There are unique cases whereby Pomskies grow to be big like the Husky.

6. Owners of Pomsky Puppies Tag Themselves As Trailblazers

While this is not far-fetched from the truth. We all know that Pomskies are a cross between a Pomeranian male and a Siberian Husky female dog. They are uncommon and so if you happen to own one, then consider yourself a member of the chic club of Pomsky owners.

7. Pomskies Are Like Birthday Gifts; You Surely Have No Idea What Was Wrapped Unless You Open It

You never really know the aspect of their parents’ personality they can inherit. While there’s a possibility that your Pomsky can have temperament issues which are common in Pomeranians that are barely trained well, get set to handle a pushy dog. He or she may likely never obey your commands.

8. You Need A Reputable Breeder

Ready to take on the role of a private detective? It is a total must that Pomsky puppies should be gotten from reliable breeders. Some breeders have little to no experience when it comes down to Pomskies compared to other dogs.

Who doesn’t want a healthy dog? Surely not you!

Go get that dog from a reputable breeder who places a dog’s health over his personal gains.

No doubts that majority of Pomsky owners are crazy over these fluffy dogs. While there may be complexities when it comes down to the issue of some training and its energetic attitude, it does not stop our adoration of the Pomsky.

At the end of the day, the big question remains, are you ready to spend that cash on a simply adorable Pomsky?