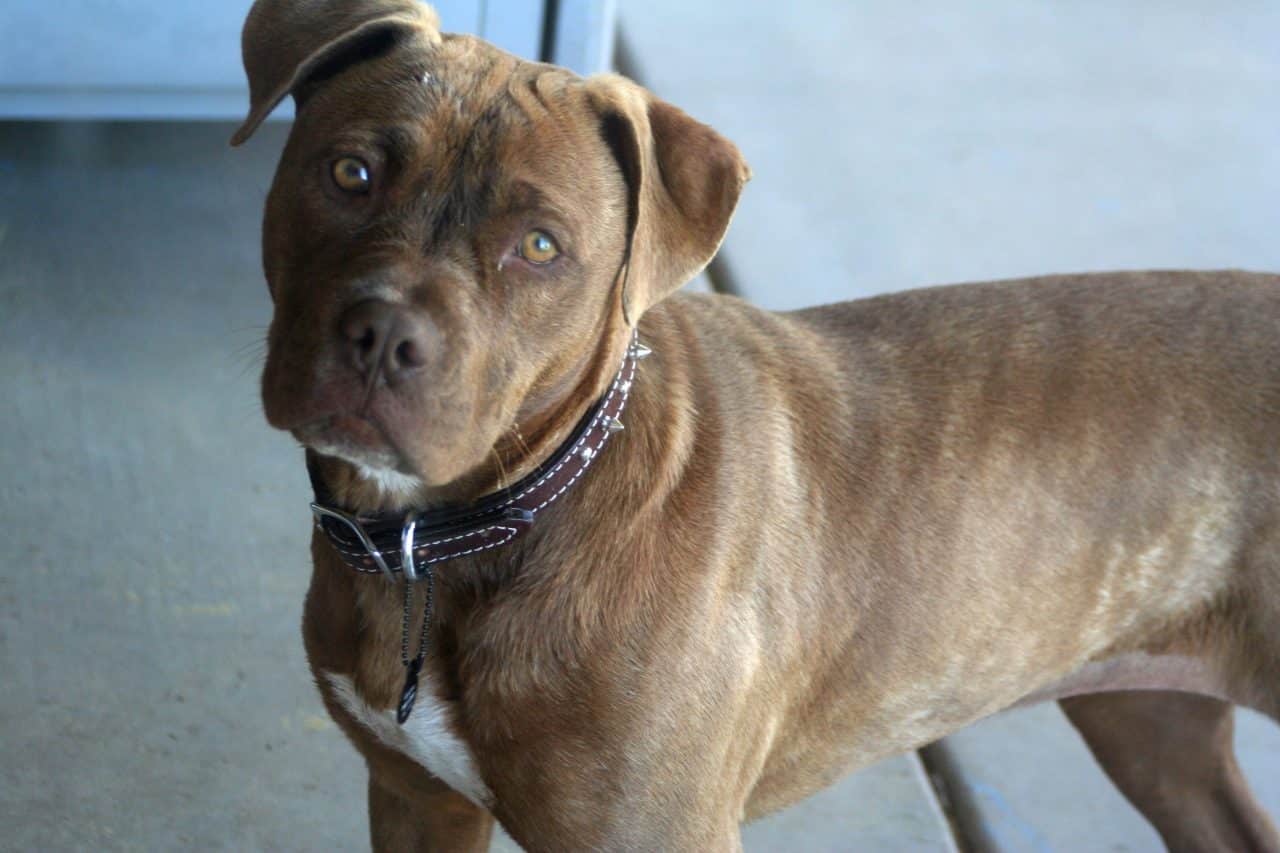 If there was a manual describing ideal Pit Bull temperament, it would probably read something like this: “The Pit Bull is goofily friendly towards people – family, friends, and strangers alike”. Known for its sound character, strong nerve, and great intelligence, the breed makes an ideal companion for households with children, while remaining strong and vigilant enough to protect its loved ones if need be. It is never necessary to embark on guard or attack training with this breed, as they are naturally attuned to their environment and intuitive about real threats.

Although never aggression towards people without real need, the Pit Bull may show dog-directed aggression, but sensitivity to other dogs will vary from dog to dog. The properly socialized and trained Pit Bull should not be an instigator, yet it is unlikely for the breed to shy away from a challenge.

The breed is known for its high prey drive, and so due caution should be exercised when cats, rabbits, domestic fowl, and other such animals are present. Dog-sensitivity and high prey drive should not be viewed as a fault, although excessive, uncontrollable aggression is neither desired nor correct. Aggression towards humans should be viewed as a serious fault.”

As our “ideal temperament manual” states above, the Pit Bull is a very friendly, stable breed. Although in recent years some individuals have misused the breed and the media have misrepresented it, aggression towards humans never was and still isn’t what the Pit Bull is about.

Aggression directed at humans is a serious matter, and not something that should be taken lightly.

Because the Pit Bull is such a people-friendly breed, they make poor guards of property. Many members of the breed will allow strangers to enter the home or yard without a fuss, whether the guardian is present or not. When it comes to physical harm to his person, the breed is credited with having exceptional judgment and will react only to real threats. Because the Pit Bull is not a guard or ‘attack breed’, it is best to stay away from any sort of guard or protection dog training. A good dog can be ruined quite easily when this sort of training is undertaken improperly, making for a wary, untrusting dog that may become a danger to humans. Do not try to make the Pit Bull into something he is not. If a serious guard or attack dog is what you desire, it is best to look to one of the breeds that have been specifically created for that type of work.

This breed is known to keep its guardians laughing. They are silly, almost to the point of being ridiculous. Flailing around upside down on their backs, laying with their heads draped off the side of the couch, engaging in rambunctious sprints around the living room (we call ‘em “pit fits”), these dogs are always clowning around. They are active and energetic; too much dog for some to handle, just the right amount for others.

Pit Bulls are known to have a tendency towards showing dog-directed aggression, although this will vary from dog to dog. It is, therefore, necessary for the Pit Bull guardian to take certain precautions in the housing, training, and socialization of the breed. Pit Bulls also tend to have a very strong prey drive. Small animals such as birds, squirrels, and cats are often viewed as “hunting targets” (this is the terrier blood in them). And let’s not forget that Pit Bulls are bred down from dogs that were used to bait large animals such as bulls and bears – Pit Bulls can, therefore, show a strong desire to chase/hold down horses and other farmyard animals. This is a tendency of which guardians MUST be aware.

The Pit Bull should be socialized from early on in a structured, controlled way with other dogs. Basic early manners training is a must. However, you cannot socialize or train away temperament traits. Since most Pit Bulls have a tendency to be what we call ‘dog-sensitive’, socialization and training combined with management are musts. These things won’t eliminate the tendency but will help you control or circumvent any problems.

What are some specifics you need to know about Pit Bulls and other dogs?

Pit Bulls are not necessarily looking to show dominance or obtain rank when they aggress. In fact, most aggression has to do with defense (this is true of all dogs). Even dogs labeled ‘submissive’ cannot be trusted to “never fight”. Allowing a Pit Bull to “work outrank” with other dogs is dangerous and may very well result in injuries. Although neutering can definitely help in some cases (particularly with young males), do not count on the operation eliminating aggression completely. Same-sex aggression is a problem, with two bitches sometimes being more problematic than two males.  Regardless of the sexes involved, in general same-sex households are not a good idea, particularly for the novice guardian.

Pit Bulls are slow to mature. A dog may not show his true temperament until he is 2 or 3 or even 4 years old. Dog-sensitivity levels tend to rise as a Pit Bull matures.

Just because your puppy has reached a year of age without having shown dog-directed aggression does not mean he will never trigger.

Pit Bulls can and do interact peacefully with other dogs and animals.

Individual dog temperament, early training and socializing, and good management skills on the part of the guardian all play an important role in whether or not a Pit Bull is capable of getting along with other dogs. Many people successfully keep multiple Pit Bulls and other dogs in the same household. Success is based on careful supervision, proper management and training, and the individual dogs involved.