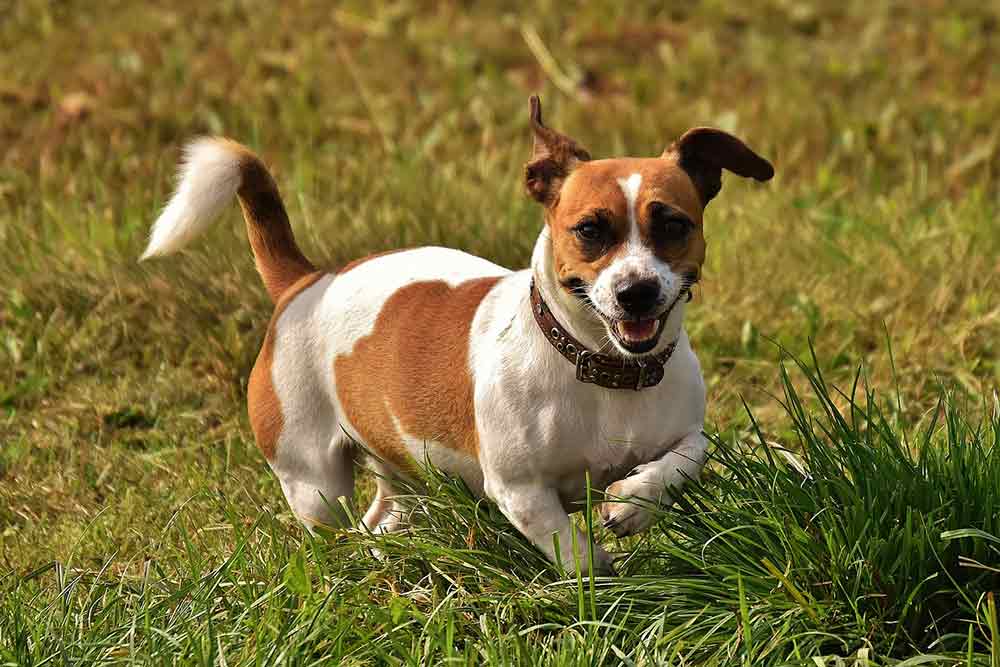 As the popular saying goes “Dog is man’s best friend,” however, finding the right dog might prove to be quite a difficult task as there are different breeds to search from. If you are searching for a dog that can perform various tasks efficiently, almost like a total package deal kind of dog, the Jack Russell Terrier is a fascinating dog under the Terrier Dogs Breed Group. The history of this dog materialized somehow to give rise to the breed.

History of The Jack Russell Terrier

It is believed that the Jack Russell Terrier originated from an Oxford University student of theology named John Russell. It is believed that John met a milkman who had a white terrier with spots on both its ears and eyes. This terrier also became the interest of this young student. It was later proven that his foundation for breeding new dog breeds which many people love as pets stemmed from this interest. The milkman’s white terrier was called “Trump,” and from this dog, over 50 types of Terriers were bred from.

Jack Russell Terriers come packed with different character traits. Let’s have a look at these traits.

Terrier comes from the Latin word “terra” which means earth and the basic nature of Terriers is to scour over and on the ground. The Jack Russell Terrier also has the nature to hunt and search for hunting. This means that a Jack Russell Terrier should be groomed properly to remove all the dirt they gather from digging up the soil to either recover lost and hidden treasures or bury their treasures.

They Are Excellent Ratters

The Jack Russell Terrier has proven to be an outstanding matter as they help keep rats away from home. Some people might even go as far as calling them decent housekeepers as they protect the house from rats. This breed of dog is unique as it performs both the functions of a dog and cat together which makes its owners very lucky individuals.

A Desire For Companionship

Jack Russell Terrier desires human companionship, and they make excellent family dogs. This dog breed has a knowingly interesting love for children. However, once these dogs are treated poorly or abused either accidentally or intentionally, they can react aggressively.

The aggressive nature of this dog breed is further demonstrated with their lack of fear when facing larger dogs. This lack of fear most times leads to injuries and in other times, death.

A major character trait of this dog is its stance towards strangers. A Jack Russell Terrier can figure out quickly which strangers must be kept away from home and who can be let into the house. This trait makes these dogs exceptional watchdogs. The Jack Russell Terrier was designed precisely to be hostile towards preys.

This breed of dog, although very vocal, only barks when there is a good reason to. This means they do not bark unnecessarily.

They are not vicious in appearance, but once they get a whiff of any threat, they can be very aggressive which will serve as a warning to the stranger. However, if the owner of the house leads the stranger into the house, the dog will be able to stand the presence of the stranger.

A Desire For Companionship

Jack Russell Terrier desires human companionship, and they make excellent family dogs. This dog breed has a knowingly interesting love for children. However, once these dogs are treated poorly or abused either accidentally or intentionally, they can react aggressively.

The aggressive nature of this dog breed is further demonstrated with their lack of fear when facing larger dogs. This lack of fear most times leads to injuries and in other times, death.

These dogs are also known for their intelligent and good spirited nature. These character traits can be easily observed through the dog’s curiosity about things. However, the Jack Russell Terrier also requires additional formal training as they can prove to be difficult without it.

This dog breed acknowledges training and does exceptionally well in most of them. They are known to be amazing in different ring shows and competitions.

A lot of people, including those in Hollywood, have recognized the characteristics of these dogs as well. The Jack Russell Terrier has already made names on the big screen with their amazing and energetic physical characteristics.

If you have watched The Mask, the PBS show or the Frasier, the dogs from these movies, Milo, Wishbone, and Eddie are Jack Russell Terrier. These dogs fair relatively well with grooming. For a dog of a small size, its grooming tasks will not tax you at all.

These dogs are mostly not for everyone despite what Hollywood portrayed them as. The Jack Russell Terrier is very active and energetic dogs. They need to be adequately trained as its nature is to dig continuously, so except you are going to engage this dog fully, a Jack Russell Terrier might not be right for you.