A game is everything when it comes to keeping your dog happy, and this is the essential part!

Playing to dogs represent those special moments of time when they forget everything as they physically and mentally engage with people, other dogs, objects, and toys. However, speaking about the phenomenon of play between dogs and humans, this has an amusing intellectual history. Another fact is that dogs love playing same as people do! As dogs are into the game, they take a break from everything, totally enjoying their physical movements and interactions with others while releasing their needless energy and feeding their instinct to play.

As we put our focus on the drive that makes people enjoy playing with a dog, few believe that reason why people are motivated to play with nonhumans such as the dog is that they want to feel uncontrolled, free, and ungovernable – while they put their control over something.

Nonetheless, whatever the motivation is, the obvious thing is that both interacting parts, speaking of dogs and humans, are victors in a play, as they equally enjoy what is best for their body and mind wellbeing. This for the fact that playing it is an essential source of relaxation and stimulation helping on stress relief, improving brain function, turning the mind into more creative and imaginative, and by mainly improving social aspects of humans and dogs.

As dogs love playing, it is wonderful the way dogs can pretend being aggressive, panicky, and uninviting at times, just to become perfect players of their part in the game. Nevertheless, everyone wants to know how dog at play functions and what are the essential things we need to know about dog play and where is the limit of it? Following we will introduce with some basics of dog play you need to understand it. 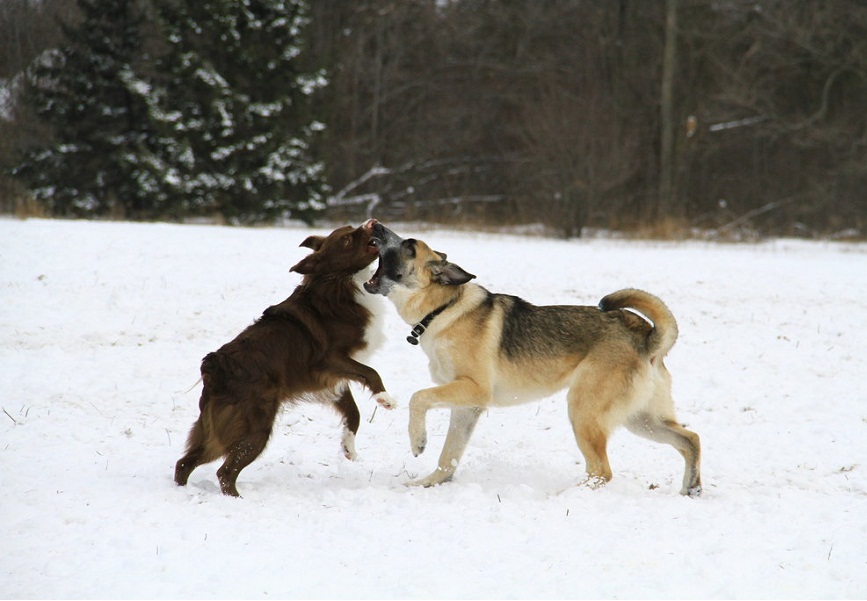 “Play” is the word used for any action that it does not serve to any clear objective or no clear role or as a purposeless action. So, even that different theories on why dogs play were offered, there is yet no specific reason confirmed on why dogs get delighted doing this repetitive type of activity called the play.

Even that, some sticking comparative data are indicating that play is an essential activity for the development of social, physical, and learning; otherwise aspect of dogs. Some other data show that animals and outgoing species are prone to boost their emotional flexibility to stress as it decreases the level of aggressiveness. On the other hand, said simply (as a neurological study suggests) the reason why dogs play is simply that it feels useful to them, as it drives a pleasure. 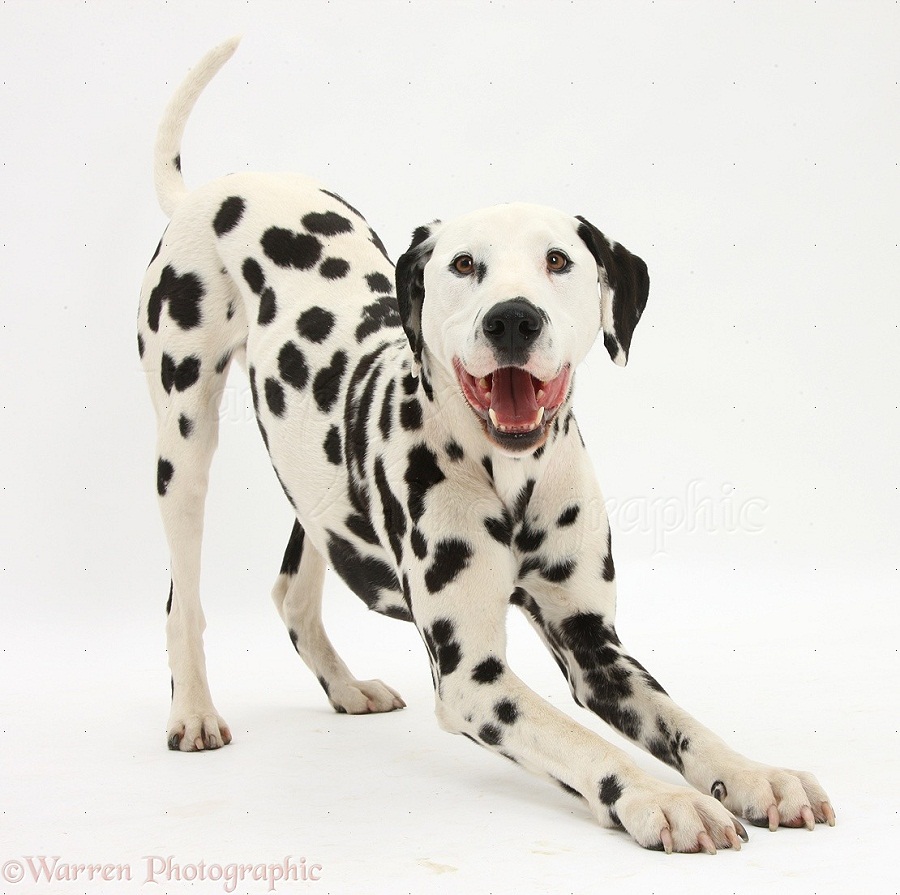 To understand when a dog is ready to play reading his body language is essential, as through it dog provides you with all the needed indications through special body gestures. The “play bow” is a common posture used by dogs to show their readiness to play. Typically, when a dog is in play mode or “play bow,” he goes down on his elbows with his tail elevated and shaking, while keeping his backend high, ears raised and mouth open. Barking can also take place when the dog wants to invite another one in the game, while withdrawing or approaching the one he is playing, accompanied by a lot of jumping and moving down. 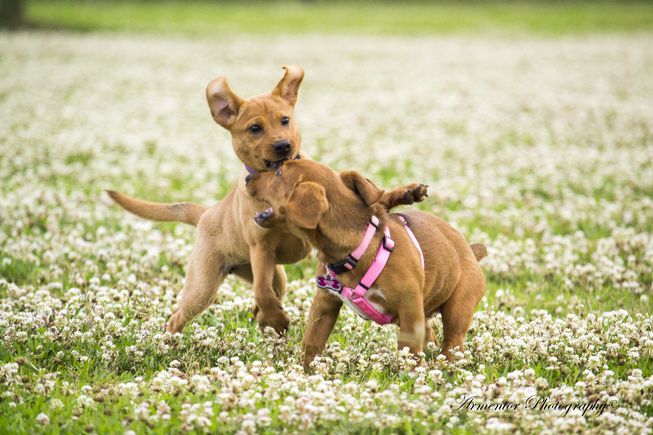 Social behavior on a dog’s a suggestion of the dog for play by interacting with the others, typically with other dogs or “fighting pals.” When dogs are in the mode to get involved in a social play, they usually have excessive and continuous movements, curved bodies, lateral movements, open mouth, and a moving tail from side to side.

When dogs take turns being on top, by involving a break in the game, continuing it by standing side by side while mouthing each other’s head and neck – this indicates dogs are playing a balanced version of the game.

The negative side of social play is that sometimes the dog might get overexcited, something that might stress him, something that can lead to aggression. When the dogs are chasing each other, this should be interrupted it at the moment it exceeds two minutes, as it can end up in a conflict between the two. 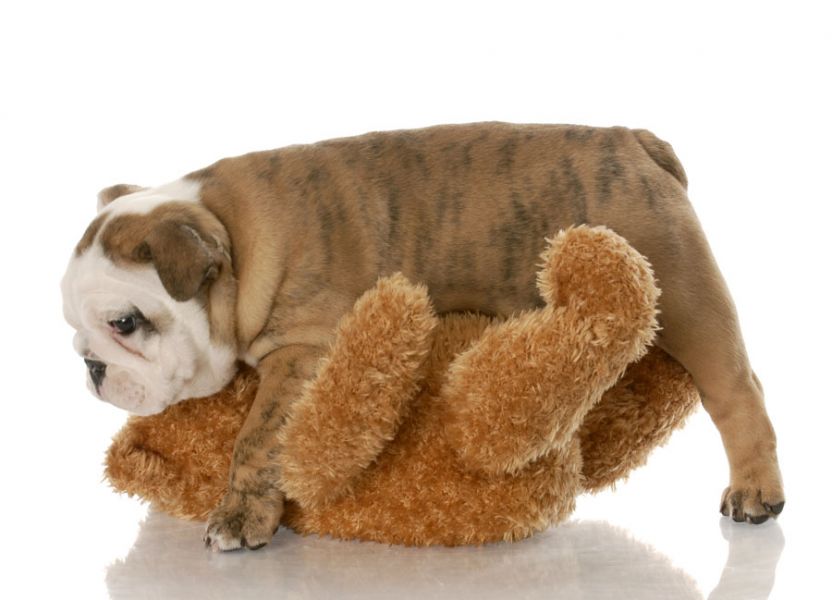 Dogs Sexual play is a healthy dog behavior, and dogs that have had no earlier humping experience are prone to have difficulties in mating. Besides, dogs with no mate are predisposed to hump on inanimate objects. 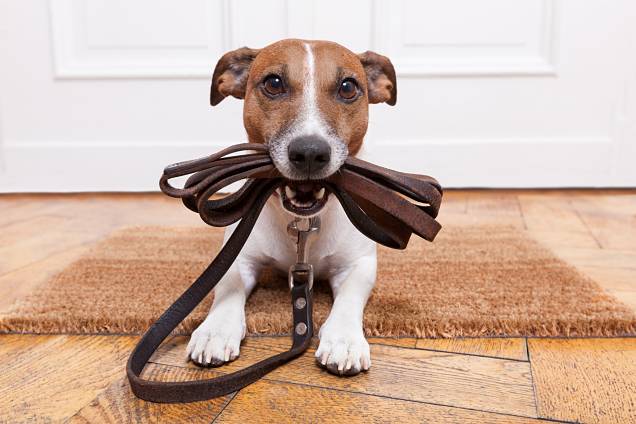 The oral behavior is a natural characteristic, especially amongst 6-8 months puppies, as it helps them relaxing tooth and mouth and it differs from other previous mentioned play types since it does not need a partner, only preferred mouthing and chewing objects.

As dogs are prone to develop biting from the oral behavior, especially when outdoors in a new environment filled with strangers, it is crucial to reduce oral behavior as a preventive of a possible destructive behavior such as biting and aggression. This can be done by taking control over the dog’s oral behavior by engaging him in different helpful pieces of training, exercises, and games that assist the dog on lessening the interest towards oral behavior while increasing focus on these supportive activities. Preferred activities in this regards can be tugging games, racing, walking, running, playing with other canines, learning commands and more.

Destructing tools from biting can also be different chewing and mouthing toys and food, used as oral playing tools.

Head halter is also an option as you feel that dog can represent a danger to strangers when outdoors – a tool that helps to control the head and muzzle of the dog. 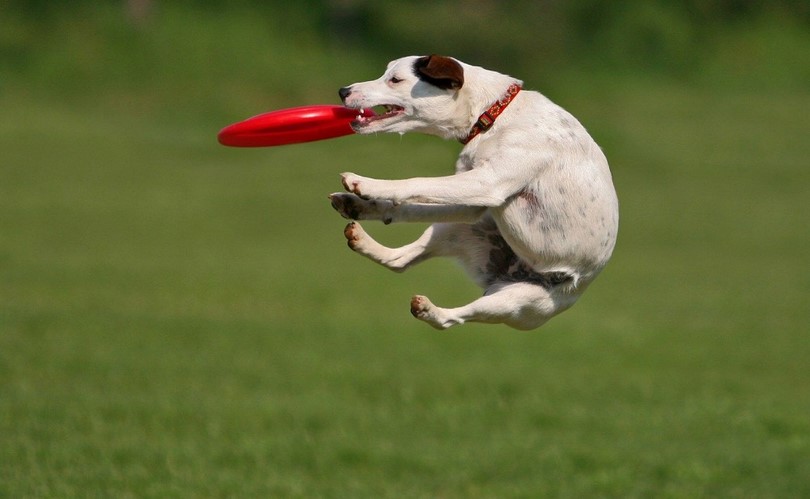 Predatory drive or readiness to chase moving things is something that many dogs possess. In the context of the game, dogs love chasing balls, stick, leaf, and many other flying objects.

Dogs also enjoy chasing other canines and animals, but this should be controlled and kept in the context of a play. Therefore dogs need to have the proper rules of playing it, such as the time how much they need to play, how much they can chase another animal, they cannot bite or become aggressive, how to pounce precisely when they catch an object and much more.

Something that everyone has a dog must know is also about this play is that dogs need chasing things, so it is important to involve them in such games. Otherwise they might end up chasing imaginary things, something that might damage dog’s state of mind.

Another thing to know is “predatory drift” or the drive of dogs to become overly provoked by chasing – often ending with an attack. Therefore keeping an eye of the dog when playing with other animals or people is essential, sometimes even requiring professional help and training to avoid this destructive behavior is occurring.

Read also: How to Play With a Dog