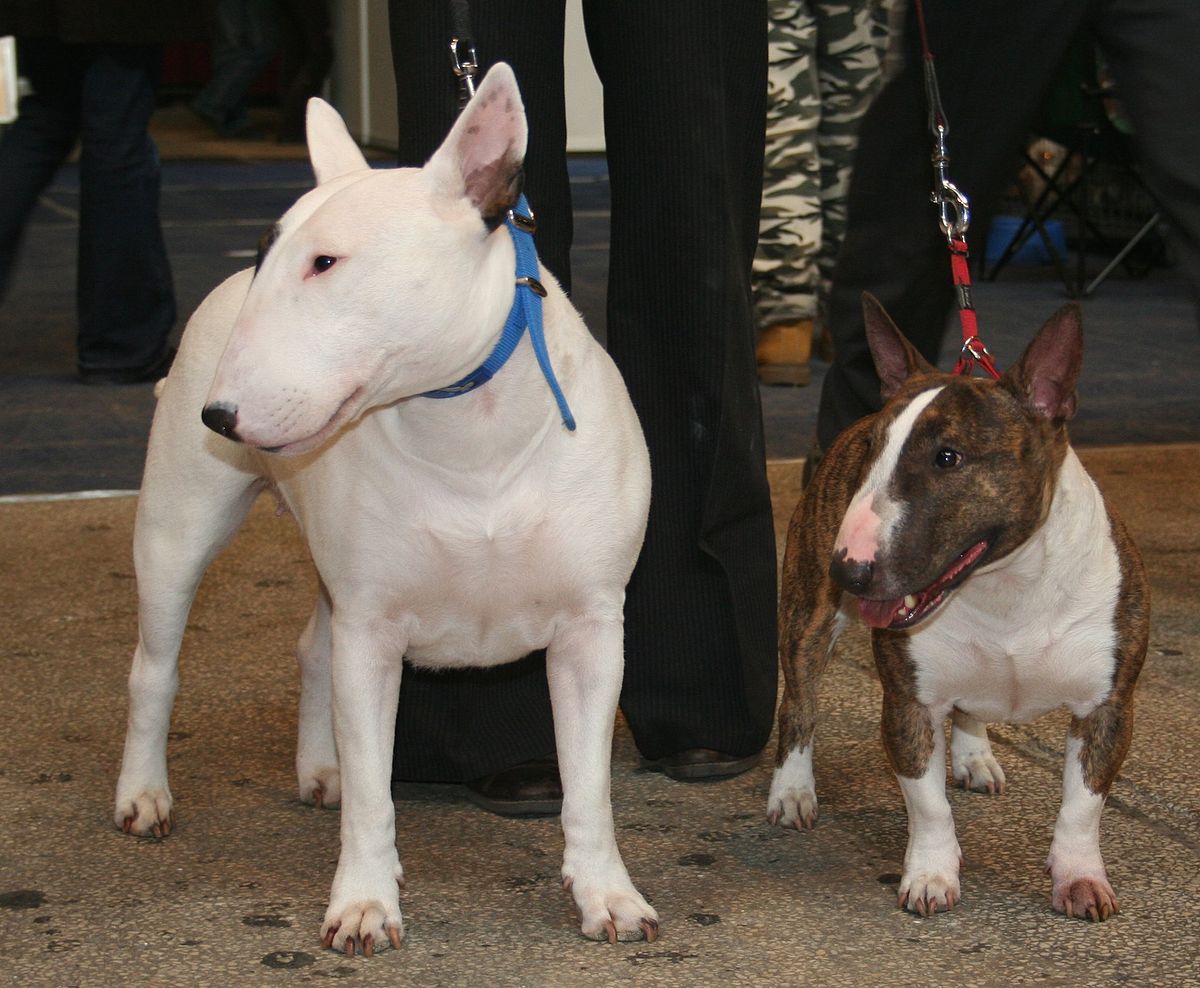 Bull Terriers are known for their gregarious and energetic nature, as well as a characteristically egg-shaped head. Here are specific facts that are not part of the mainstream information that people usually know about Bull Terriers. 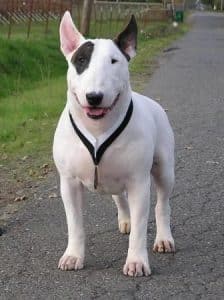 Although their lifespan is somewhere between 10 and 14 years, the oldest female Bull Terrier on record, an Australian house pet named “Pappu Trout,” remained sprightly into her 17th year.

The Bull Terrier is called a “Pig-dog” in some parts of the world. The Afrikaans name for the Bull Terrier is Varkhond which means Pig-dog. Although most people think that this is because of the pig-like appearance of the head and eyes, it is more likely that the name came about because cross-bred bull terriers were used in the past for bush-pig and warthog hunting in South Africa, particularly in the Eastern Cape.

The Bull Terrier has one-of-a-kind eyes. It is the only recognized breed with triangular eyes.

Bull Terriers can suffer from acne and obsessive-compulsive behavior. Manifestations of obsessive compulsiveness include tail-chasing, self-mutilation, and self-licking.

Bull Terriers are descendants of fighting dogs. Pedigrees of Bull Terriers date from the time when English Stud books were first written in the 1870s. Although the breed was developed from fighting dogs, the Bull Terrier was intended to be a show dog and companion. Far from being combative, Bull Terriers have a very high temperament rating compared to other breeds.

See Also  Should you get a German shepherd puppy? 11 things to know

James Hinks, a Birmingham fighting dog breeder, crosses the Bull-and-Terrier with the White English Terrier, and after years of experimentation, created a new white coated Bull-and-terrier breed, which was smaller and more elegant. This is the Bull Terrier that we know today.

Bull Terriers have a “mini-me.” It is a distinct miniature breed known as the Bull Terrie.

Bull Terriers do well in show business and appeared in several favorite movies, including Oliver!, The Incredible Journey, Patton, Babe: Pig in the City, Next Friday, Frankenweenie, A Dog’s Life, The Last Boy Scout, and Derailed. In television, it has been featured in Baa Baa Black Sheep, Barking Mad, and Keen Eddie.

Bull Terrier: a gladiator? As it walks with a confident gait, it is also popularly known as the “gladiator of the canine race.”

White is might. Blue always loses. In the UK, pure white terriers are preferred, although skin pigmentation and markings on the head are not penalized in the UK show ring. In the US on the other hand, blue eyes are ground for disqualification, according to the American Kennel Club.

Watch out for a Bull Terrier’s bark. Bull Terriers rarely bark except for a good reason. Pay attention to your Bull Terrier when it’s barking.