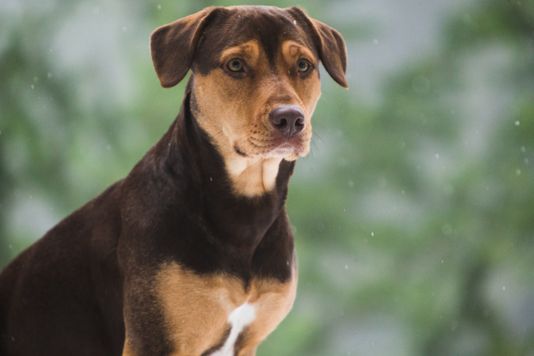 Shelby, as you know, is the star pooch in the movie “A Dog’s Way Home” She has very calm eyes and an extremely warm nose for her woman co-stars.

She makes us remind of the rich and charming rags to riches story. The maker of the film found her in a dog shelter and then rescue her later into a Tennesse Garbage Dump.

The filmmakers wanted to get the dog which is being rescued and wanted to feature that every dog in the film which is basically a survival tale adaptation of the novel by W. Bruce Cameron who is also the author of the famous book  A Dog’s Purpose.

For the rescue dog named Shelby, it was an all new and adventurous experience of having a roof above her head. That room in which Shelby was staying was like some luxury spa hotel for her. With the supply of regular and healthy food items, bathing facilities and she was really taken good care as well.

Moreover, Shelby showed a huge amount of eagerness to act in a movie as well. This was even proved by several numbers of on-screen tests in which she rocked by her appearance. Shelby started to live with Miller and made debut in Hollywood.

The whole cast and the crew left no stone unturned to make sure that Shelby was given proper care and was pampered well. After the film making procedure was over, Shelby moved on to perform some humanitarian work as well. Her trainer named Debbie Pearl said that the dogs are a great therapy animal for children. So, Shelby who was once having a very miserable life is happy and contented now and it is all possible because of her super cute expressions and hr benevolent rescuers.