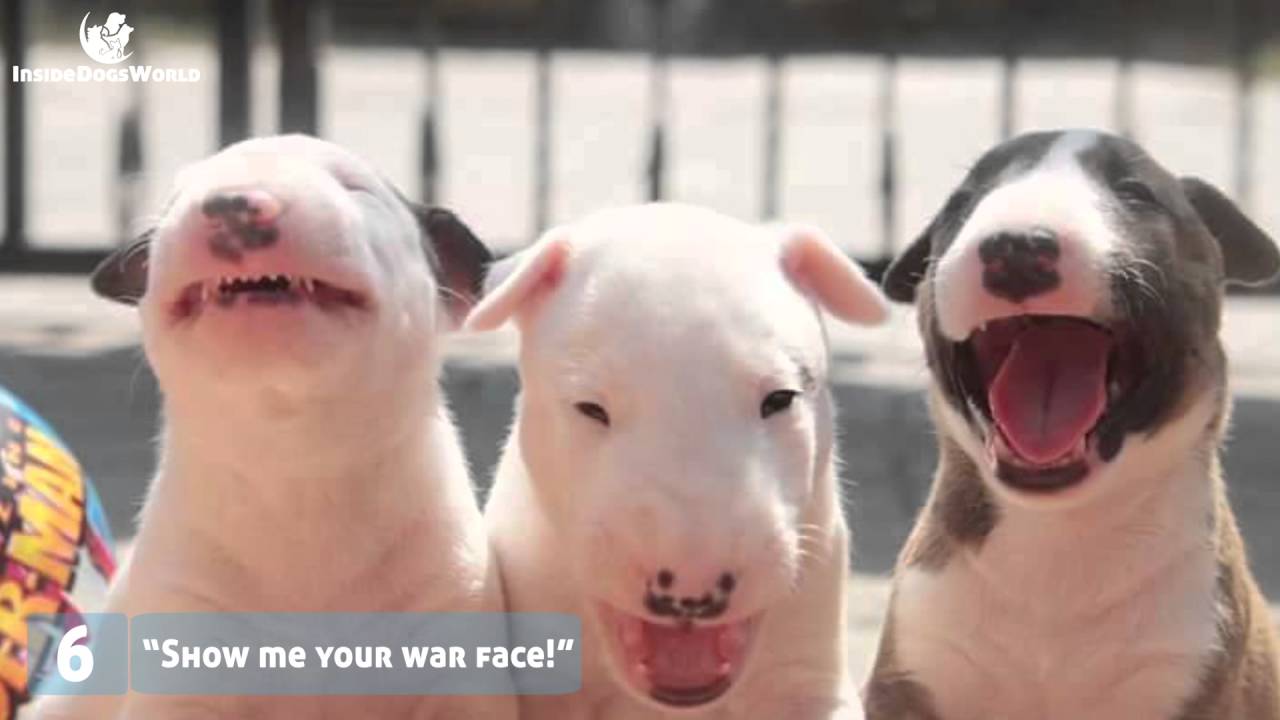 Perhaps, there are not so many breeds of Bull that has a distinct but friendly appearance and personality. However, in the case of Bull Terriers, they are a breed with goofy and at the same time adorable traits.  Here are some top facts about this breed of Bulls.

The original intentions of breeders when crossing different terriers and Bulldogs was to create a kind with a combination of the resolute nature and agility of the terrier and the intuitive sense of the bulldog.  And in the end, they created Bull Terriers – the complete fighting pit dog.  They were originally referred to as “canine gladiator, however, the abolition of blood sports, including dogfighting and the rest, in England due to the Humane Act of 1835 means this ultimate breed will be deployed to other uses like companionship and ratting.

2. They were classed up

James Hinks of Birmingham, England was the man who classed up this unique dogs thus making them a unique breed.  In the 1860s, Hinks was curious about what the outcome would be if he crossed them with white terrier (now extinct), Dalmatian, as well as the Border collie. So, he proceeded to breed all of his dogs to be pure white, without bow legs and with a long face.  This new generation was not only improved, but they also offered improved sophistication and consistency than the preceding generation.

They were originally called the “White Cavaliers,” but after they were crossed with Staffordshire bull terriers, there were new colors like brindle, red, black, and brown.  They even became so famous that the Bull Terrier Club of America was established in 1897.

With a long face that takes the shape of an egg, and with a frontal slope that gives the appearance of a Roman nose, Bull Terriers do not look like any other member of the canine world.  No other breed has ever sported a triangle shaped eyes except the Bull Terriers.

Dogs may chase their tails, and while the sight may be beautiful to behold, it’s also possibly a sign that such a dog is suffering from a condition called obsessive personality disorder. The tendency of this condition occurring in Bull Terriers and German shepherds is even higher.  Thus, they chase their tails more than any other breed and may engage in forced pacing and chasing of shadows.

If your dog is showing any of these obsessive behaviors, the ASPCA says keeping him or her busy can go a long way in calming him or her.

5. They are extremely funny

Let’s ignore their intimidating and muscular appearance now, and focus on the sweet and gentle nature of these dogs.  With an interesting blend of goofy and fun personalities, you will find them a great addition to your family, especially if yours is the type that loves activities.  Bull terriers will play and create some trouble at the slightest chance.

Sometimes, bull terriers may have issues with their hearing ability.  While the same condition is common in Dalmatians and dogs with piebald coats, several suggestions that the deafness could be bred out of the dog has surfaced.  However, most breeders have stuck with using deaf dogs, and others are not aware that crossbreeding deaf dogs may result in totally deaf offspring.

Bull terriers are used to the limelight, and when they are introduced to the public, they tend to be loved and accepted widely.  Over time, they have been used for marketing purposes, with impressive results during these attempts.

For instance, Spuds MacKenzie served as Bud Light’s mascot, appearing to the public as a man’s dog with a gaggle of women on a paw and it made good sales for the brand.  However, Spuds, in reality, was a female dog named Honey Tree Evil Eye, or “Evie” for short.

A similar example is Bullseye, the Target dog that has always appear in the brand’s commercials since 1999, meaning that there has been more than one Bullseye since then.  This has come with fame for the dog, who now flies first class while hanging out with several celebrities.  Recently, it was immortalized in wax at Madame Tussauds in New York.

8. A Bull Terrier once served as the official greeter of Juneau, Alaska

Having arrived in Juneau as a puppy, Patsy Ann grew to develop an uncanny ability to know when and where ships were coming in to dock and would come to the pier and check the unloading boats.  Born in 1929, the dog was popularly referred to as the official greeter. Whenever she is free, Patsy Ann pays the locals visits who in turn offer her scraps and treats.

The dog, which was believed to have been photographed more than Rin Tin Tin, lived for 91 dog years (13 calendar years), and after her demise, her statue was erected in her honor, and there are still several merchandises modeled after her in Juneau today.

Not all of them are big