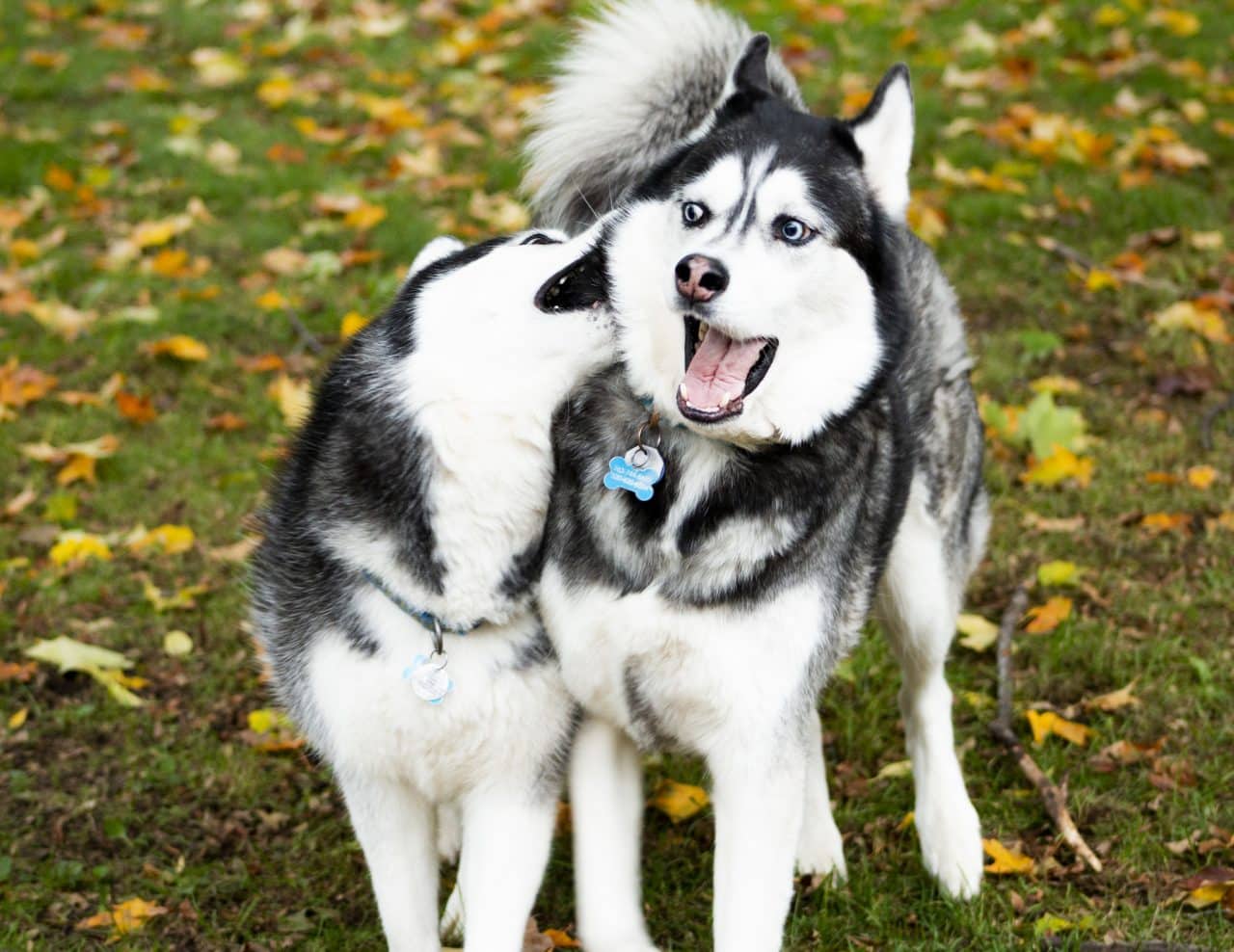 A Siberian Husky is an unmistakable breed. Powerfully built and compact, the combination of their thick coat and piercing eyes marks them out among other dog breeds, and even among other high-latitude dog breeds. They look like noble savages, ready to take on the wild wastes they were bred to handle alongside their human masters in the early years of arctic civilization. While they may be companions and friends instead of partners in survival these days, that doesn’t change the impressive history behind these incredible dogs.

Here are 7 Awesome Siberian Husky facts that make them stand out even more.

Fact 1 – Made in Russia, Imported Because of a Gold Rush

The Siberian Husky can be traced all the way back to the Chukchi people, an ancient tribe of people from northern Siberia. Despite the extremely adverse conditions, the Chukchi people bred the Siberian Husky to endure, and even thrive, in their frigid home. The dogs were built for stamina, and they were as many partners as pets when it came to survival in the north of Russia.

How did the Siberian Husky ever leave the area of its namesake, though? Well, the husky made its way to Nome, Alaska thanks to a Russian trader by the name of William Goosak. Nome was in the grip of a gold rush in 1909, and sled dogs were a necessity for anyone hoping to make it into the wilds and back again with their bright, yellow claims.

See Also  Top 10 Most Dangerous Dog Breeds in the World 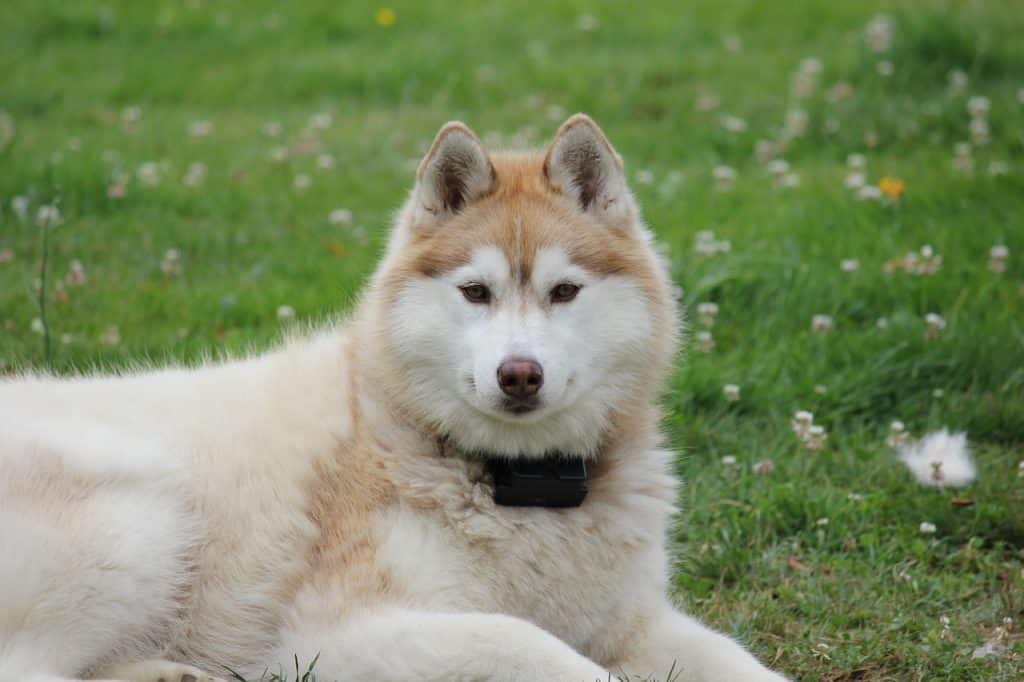 One of the most popular myths about huskies is that they’re part wolf, or that they’re less domesticated because of the way they look. However, like any other dog breed, Huskies have been domesticated for centuries, now. They are related to wolves, but the same is true of any different dog breed currently in existence.

However, one reason we might find Siberian Huskies a little more intimidating is that Hollywood has used them as stand-ins for wolves in the movies. Since Siberian Huskies are more comfortable to train and work with than genuine wolves and don’t require as many special permits, they make ideal replacements, even if our brains associate them with their wild roles.

If you know nothing else about Siberia, you know that it is freezing. It’s not much of a stretch to say that it’s one of the coldest places on the planet. As such, any dog breed that comes out of that part of the world is going to be accustomed to freezing temperatures. According to Mush Puppies, though, the Siberian Husky is capable of working in temperatures as low as negative 75 degrees Fahrenheit. And you thought your working conditions were brutal!

Fact 4 – No One Took Them Seriously as Racing Dogs 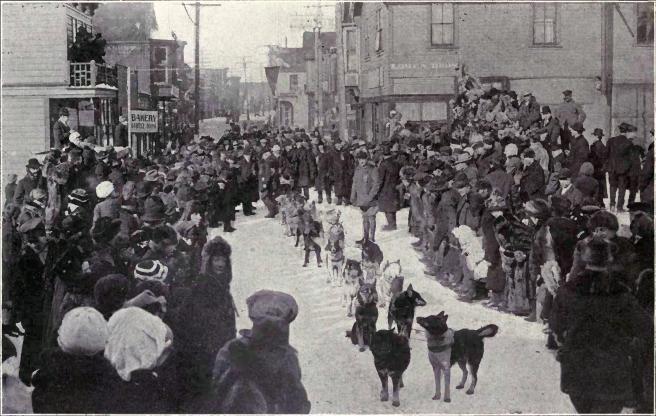 Back in the early 1900s, when Siberian Huskies were new to Alaska, a sled dog team was entered into the All Alaska Sweepstakes Race. The race was 408 miles, and it came with a $10,000 first prize. However, while we see Siberian Huskies as the standard sled dogs today, they were ridiculed at the time. According to Wikipedia, they were referred to as “Siberian rats.” The ugly name came from the fact that, even at 40 or 50 pounds, a Siberian Husky is only a fraction the size of the malamute, which was the preferred sled dog at the time.

Most people have heard of the Iditarod sled race, a 1,000-mile long dogsled race that takes place in Alaska. What some folks don’t know is that the race commemorates a 1925 relay run that delivered diphtheria medicine from Nenana all the way to Nome. Teams of Siberian Huskies made up large portions of this historic, heroic run, and it was because of the efforts of these drives, as well as their dogs, that so many people were saved during this outbreak.

The American Kennel Club says that a Siberian Husky’s eyes must be brown or blue, one of each, or parti-colored. That seems like an unusual standard for an organization obsessed with narrowly defining the characteristics of a breed, but heterochromia (having two different colored eyes) is so common among the Siberian Husky that it’s accepted as part of what makes the dogs so unique.

Fact 7 – Exports Stopped The Year The Breed Was Recognized

Exporting dogs straight from Siberia was a practice that was halted in the year 1930. That was also the year the American Kennel Club recognized the breed. It was a few years later in 1939 when the breed was officially recognized in Canada. The United Kennel Club added these dogs to their roster in 1938, but they referred to the breed as the arctic husky. That remained the case all the way up to 1991 when the UKC decided it would stop being different from all the other kennel clubs and refer to these dogs by the much more common name Siberian Husky.