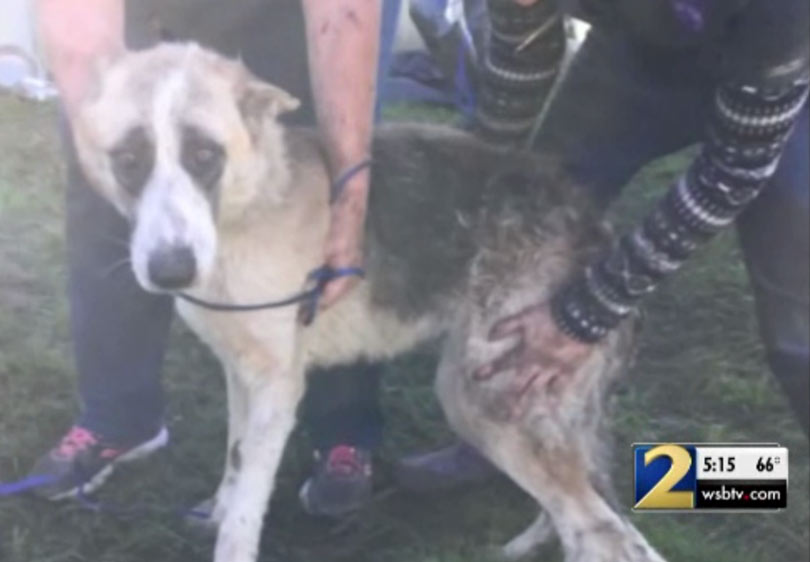 The New Year will be starting on a brighter note for the hundreds of German Shepherds’ rescued from the cold grips of Belinda Powell.

A woman named Belinda was arrested and will be charged to court because roughly 450 dogs were found on her property.

The dogs were all of the same breed: German Shepherds. So, it is being assumed that she is a breeder. However, these poor creatures were discovered breathing and living in deplorable states. Plus, some had severe injuries were also found that will be requiring immediate treatment.

The news was reported by Channel 2, Action News. Majority of the dogs will need at least months of adequate treatment and care to start the recovery process. It was surely not a lovely sight to behold as the pet rescuers had to walk on, not just miss, but on feces that covered their legs, up to their knees.

Even the Igloos Belinda kept the dogs in was engulfed in dirty water. And so, the dogs never found a dry spot to stand or even walk on. It would please all dog lovers to note that, the Animal advocate group situated in Montgomery County are calling for actions against Belinda for a long period.

How The Case Broke Out

They had earlier accused Belinda of nurturing dogs in filthy states on her property in Higgstown, Georgia. However, instead of stopping, Belinda decided to transfer the dogs to a different property in Candler County. This infuriated neighbors and they started complaining about the incessant barking, yelps, and of course the deplorable condition.

See Also  The Doberman Pinscher Is an Intelligent, Discerning, and Fearless Guardian

Investigators from the state had earlier gone to the location. However, they claim that they found no breach that would demand any action against the owner. Well, thanks to the community that stood their grounds on behalf of the poor dogs and didn’t shift their stance until they were heard.

A brave lad took a stroll into the property and took some photos of the horrible state of the dogs. The lad sent the photos to the police. That was how the cops took up the case and embarked on the arrest of Belinda Powell.

Some of the neighbors who had pleaded for the actions of the cops said that the poor dogs had nowhere to get food or even clean water. Sometimes, Belinda placed 20 of the dogs in just a single enclosure with a submerged igloo as their shelter.

The creatures will sometimes fight to eat the mud and feces on the dirty ground. And, because they have stayed on the mud for so long, some of the furs on their paws have been stripped off.

It has been a fantastic end to this nightmare as Belinda has been charged to court with felony animal cruelty. As for the dogs, they have been released and given to local rescues. The dogs have lived in this nightmare for so long and are finally going to a home with adequate care for the first time since they were born.