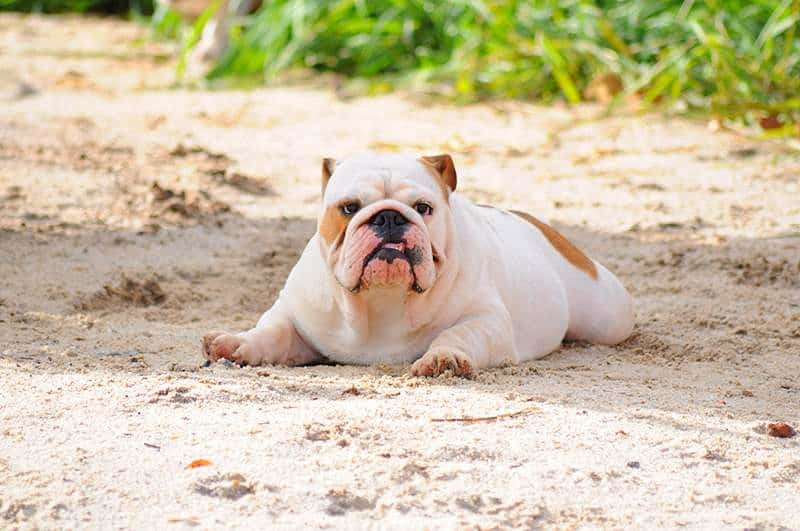 Bulldogs are fascinating pups that capture the attention of dog owners worldwide. Their kind, gentle disposition, and sweet nature make them one of the most popular dog breeds in the world. Whether you already own a bulldog or you are interested in learning more about the breed, you will be entertained by the fun facts about bulldogs listed below.

1. Origin Dates Back to the 13th Century

Bulldogs were developed for bull baiting purposes. In England, this was known as a practical purpose that was meant to round up bulls for castration. It also gained popularity as a blood sport when dog owners would force their bulldogs to participate in a brutal activity as a form of entertainment for others.

2. They are Born via Caesarean Section

Since bulldogs have large heads about 80% are delivered by Caesarean section.

The Westminster Kennel Club Dog Show has awarded top prize in 1913 and 1955.

4. They Serve as Mascots

Due to their strong appearance and build; Bulldogs are one of the most popular mascots for sports teams and universities.

5. Presidents have owned them

Bulldogs have compressed jaws which give an outward appearance. In addition, they have big loose lips that cause that to drool and slobber.

7. They are Different from their Ancestors

The characteristics and temperament that bulldogs exhibit today are less aggressive and different from their ancestors.

Bulldogs have large skulls, short legs, and a wide body. This makes it difficult for bulldogs to swim and remain above water.

9. They have Celebrity Owners

10. They are Golden Collar Award Winners

The favorite television show Modern Family has a bulldog named Stella that performs on the show. She was the first Bulldog to win a Golden Collar award.

Bulldog hates to be disturbed

In addition to the fun facts listed above, Bulldogs also have other unique events and are capable of running up to 15 kph. They love to eat, and most of their focus is towards food and when and what they are eating. A Bulldog enjoys consuming food so much that they can become aggressive if they are disturbed while eating.

On a serious note, bulldogs have breathing problems due to their cute faces. Their small narrow nose makes it difficult to get enough oxygen. For this reason, they are sensitive to extreme cold, hot temperatures. Bulldogs make excellent indoor pets due to their sweet personalities, and it is safer for them to reside indoors due to their breathing difficulties.

Bulldogs are adorable from the moment they are born. They grow into loving loyal companions that will be by your side through thick and thin. They are also known to be an exceptional family pet. Share these fun facts about bulldogs with your fellow dog lovers today!

See Also  What Is the Difference Between a Mini & Full English Bull Terrier?